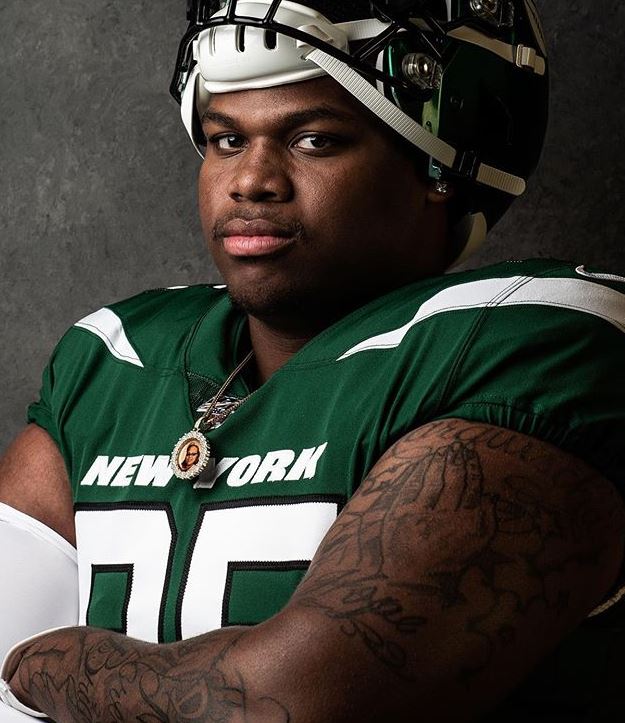 Quinnen Williams is an American football defensive end who plays for the New York Jets of the National Football League. Before his NFL career, Quinnen played college football at the University of Alabama.

Quinnen Williams was born on December 21, 1997, in Birmingham, Alabama, United States. His nationality is American. He belongs to African-American ethnicity & his zodiac sign is Sagittarius.

He attended Wenonah High School and committed to play college football from Auburn University but later changed to The University of Alabama on June 30, 2015.

Arrested with Handgun at Airport

Quinnen got arrested on March 5, 2020, for allegedly trying to board the flight with a gun at LaGuardia Airport in New York. According to some sources, the gun he was carrying is a Glock 19 pistol which was not loaded during his arrest.

He will be formally charged with criminal possession of a weapon in a court appearance on 25 March.

Willams is now dating an entrepreneur, Maranda Ross. She is the CEO of Maranda Kouture LLC, which is an online shopping portal for ladies. The lovely couple started dating since 2019. Maranda seems very supportive of Williams and his career as a football player. 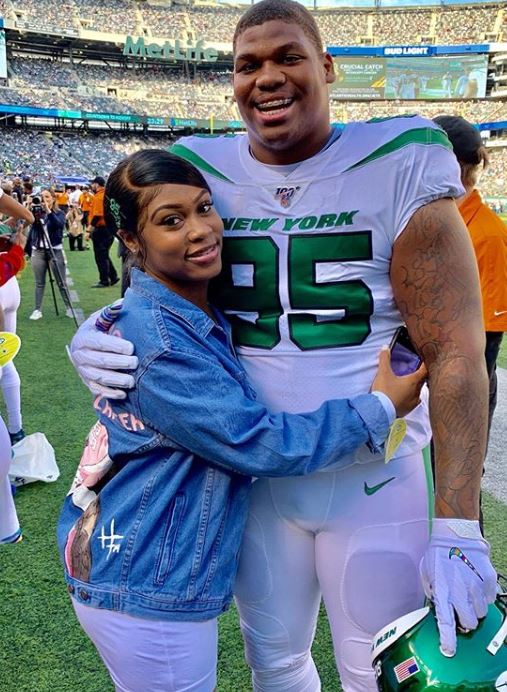