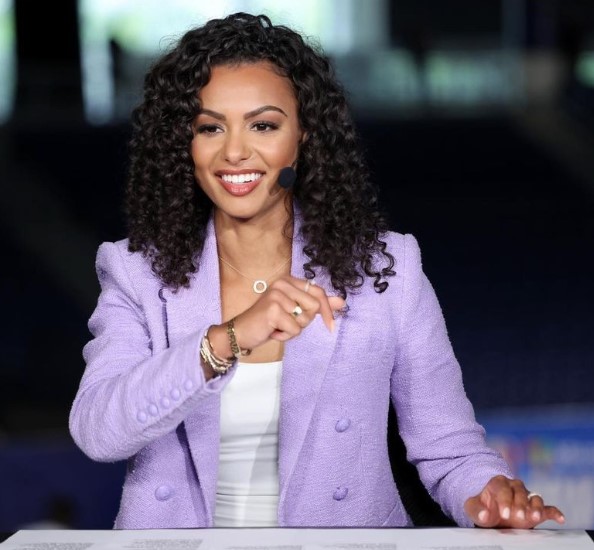 Malika Rose Andrews commonly known as Malika Andrews is an American sports journalist and reporter working for ESPN. She is an NBA reporter and the host of ESPN’s weekday show, NBA Today where she covers the league nationally.

Born on January 27, 1995, in Oakland, California, Malika grew up with her sister Kendra Andrews. She was born to her father Mike and her mother Caren. Mike was a personal trainer and Caren was an art teacher.

Andrews grew up as a fan of the Golden State Warriors. She attended Head-Royce School and later attended a year-round therapeutic boarding school located in Utah. She graduated at 17 in 2012.

She studied communications at the University of Portland and graduated in 2017. Before joining this university, she worked at her maternal grandfather’s civil rights law firm for a year. At the university, she was a sports writer, editor, and editor-in-chief of the school newspaper named The Beacon.

Also, while she was at the school, she also reported on a player who suffered a brain bleed after being crashed into the wall. After this incident, the school made an effort to prevent further injuries to other students by putting up padding. 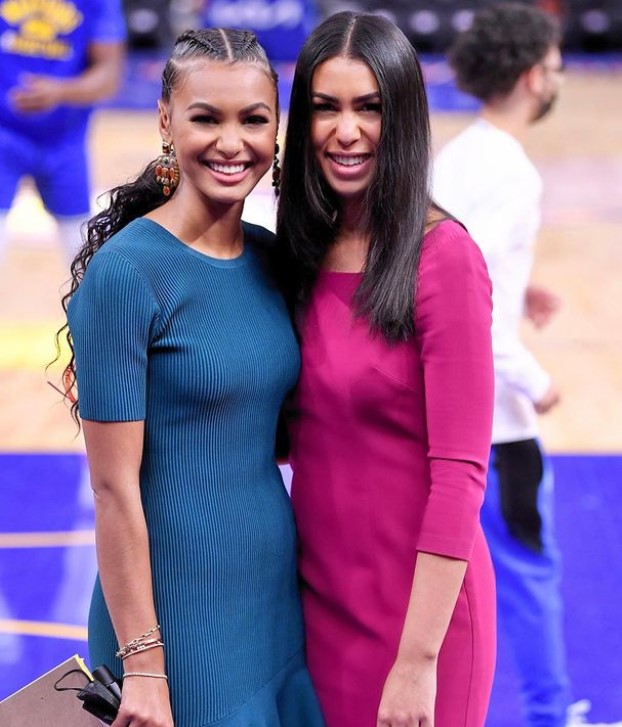 Kendra Andrews, Malika’s younger sister, is also a sports journalist and she covers the Golden State Warriors for ESPN. Previously she was working for NBC Sports Bay Arena until she was hired by ESPN in December 2021. Currently, both the Andrews sisters work for ESPN.

Career and Net Worth

Andrews began her career with an internship at the Denver Post. After this, she started working as a James Reston Reporting Fellow in the sports department at the New York Times. Later, she also worked as a reporter for the Chicago Tribune for one year.

Finally, she introduced herself at the NBA Summer League game in 2017 to ESPN’s Adrian Wojnarowski. He had read her work at The Beacon, the school newspaper. On joining ESPN as a reporter, she covered the Chicago Bulls and Milwaukee Bucks. Later, she moved to New York to also cover the New York Knicks and Brooklyn Nets.

In 2019, Milwaukee Bucks lost to the Toronto Raptors in the Eastern Conference Finals. Regarding this, Andrews wrote an article saying that Giannis Antetokounmpo might leave the Bucks if they didn’t make any improvements to win the title. Giannis was upset about this article and walked out of the press conference without speaking.

The year 2020 was quite good for Malika Andrews as she was one of the first reporters to enter the ESPN Wide World of Sports Complex for the completion of the 2019-20 NBA Season in the Bubble. She led the 2020 NBA draft telecast with the virtual interviews of the top draftees.

In 2021, she was nominated for an Emmy in the Emerging On-Air Talent Category. For her contribution to the sports field and being ESPN’s only black female NBA reporter, she has been recognized by the Society of Professional Journalists, the National Association of Black Journalists, and the Columbia Scholastic Press association.

In the same year, Andrews was named one of the Forbes 30 under 30 in the sports industry. On July 6, 2021, she was announced as ABC’s sideline reporter for the NBA Finals coverage, taking over Rachel Nichols as a primary host of the Finals. Nichols was removed after audio was leaked of him disparaging the network’s promotion of analyst Maria Taylor.

In her short yet remarkable journey in the field of sports journalism, she has made herself one of the best journalists. She has a long journey ahead of her and we’re sure that she’ll achieve more. She has an estimated net worth of over $1 Million. However, her exact net worth is not available publicly.

Most of the sources claim that Malika Andrews is single but however there’re some sources claiming that she is dating someone. She confirmed that she was living with her boyfriend in New York City during the start of the pandemic.

There’re rumors that she is currently dating Dave McMenamin. Dave is also a reporter at ESPN for NBA. He began his career as an NBA reporter in 2009. However, this is yet to be official.