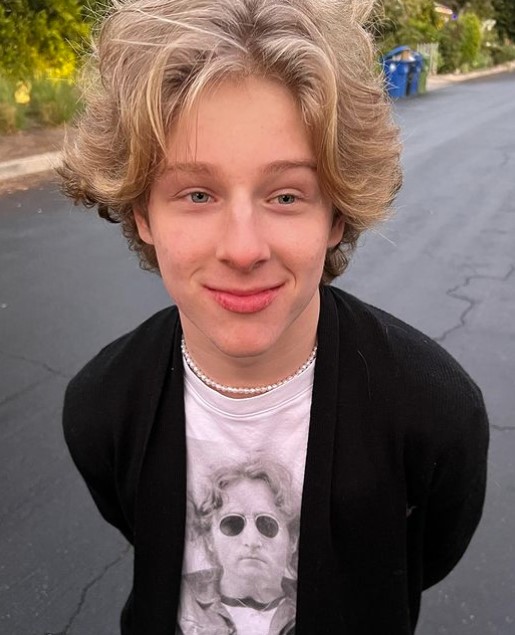 Lev Cameron is a French-born American YouTuber, Actor, Dancer, Singer, and Social Media Personality who is well-known for posting funny pranks and challenges videos on his YouTube Channel. He is renowned for being an actor who has won numerous awards.

The pro dancer was born as Lev Cameron was born on  October 11, 2005, in France and later moved to the United States. He was born to his mother Irina Khmeleva originally from Russia and his father Cameron Khmeleva. His mother is a housewife and his father is a businessman. He was raised with his two brothers in Los Angeles, California.  His zodiac sign is Libra.

Cameron completed his education at a preparatory school. He then passed the California High School Proficiency Exam (CHSPE) and started attending Los Angeles Valley College. Lev concentrates on his academics in addition to his career as a dancer. Cameron reportedly began practicing dance at a very young age. It is reported that he began dancing at the age of 5 years. He is a well-known actor and dancer nowadays.

Lev Cameron is a YouTuber known for his funny prank challenges and vlogging videos on his channel. Lev is a professional dancer in addition to being a YouTuber. At the age of five, he started dancing. He shot to fame when he finished in the Top 30 of So You Think You Can Dance: The Next Generation in 2016.

He and his dancing partner Sofia Sachenko both had appearances on the second season of Little Big Shots, which aired on the NBC network the following year. In 2018, he competed in the well-known dance reality show Dancing with the Stars: Juniors, turning himself into a professional dancer.

In addition to dancing, Lev is a promising actor. He made his acting debut in 2015's short film "And the Tiara Goes To ... ". Since then, he has been in a lot of short films and TV shows, like My Haunted House, 555, and Evil Things. Additionally, he has made appearances in a number of music videos, including Justin Timberlake's Sidewalk and Piper Rockelle's Can't Stop the Feeling.

Lev just made the leap into the music industry. He has been singing and playing the piano since he was a young child. He has released six singles available, including Ghost and Hate Me Too.

Is Lev Cameron Dating Anyone?

Lev Cameron's official Instagram account makes it clear that he is dating "Piper Rockelle," who has been his girlfriend for a long time. Lev and Piper, the love birds, have been dating since May 2020. According to the sources, Piper Rockelle is a well-known actress and YouTuber. She has also appeared in numerous Lev Cameron YouTube videos.

Lev Cameron's Salary & Earnings. How Much Is His Net Worth?

Lev Cameron, his parents, brothers, and other family members live a luxurious lifestyle. We discovered that he is a passionate automotive enthusiast after going through his social media accounts. On his Instagram account, he has published numerous images featuring pricey cars. He has numerous vehicles, including Jeeps, Mercedes-Benzes, Ferraris, and many more.

Furthermore, he always favors dressing in name-brand clothing from expensive malls. Many people adopt his opulent way of life and fashion taste. His estimated net worth is between USD $2 and $3 million (approx.).

Lev stands at a decent height of 5 Feet and 7 Inches with Blonde hair and Blue eyes.