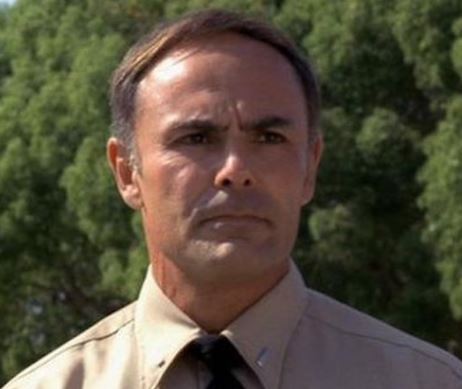 John Saxon born as Carmine Orrico is an Italian-American actor and martial artist well known for his best role in Enter the Dragon. He involved in more than 200 projects between 1954 to 2015.

John Saxon was born on August 5, 1935, in Brooklyn, New York City, USA.  He was an American citizen who belonged to Italian-American ethnicity & his zodiac sign is Leo. He belonged to the Christian religion.

He was born to his father, Antonio Orrico, and his mother, Anna (née Protettore). His father was a dock worker. He had two younger siblings whose information are not available on the surface of the media.

He died in Murfreesboro, Tennessee, USA at the age of 84. His wife, Gloria Martel confirmed it to The Hollywood Reporter that he died because of Pneumonia.

Looking at his personal life, he was married to his wife, Gloria Martel, in 2008 before his death.

Previously, he was married two times. His first wife was Mary Ann Saxon whom he had married in 1967 and separated in 1979. Then, he married Elizabeth Saxon in 1987 and got divorced in 1992.

He had a son named Antonio Saxon.

Looking at his net worth and salary, he had made a handsome amount from his career. As far of now, he had a net worth of about $1.5 Million and an annual salary was under review.