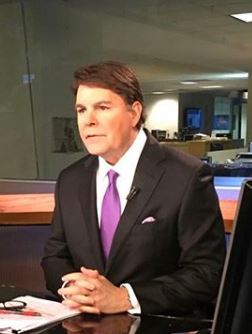 Gregg Jarrett born as Gregory Walter Jarrett is a famous American news commentator and author. He was also an American defense attorney in San Francisco and an adjunct law professor.

He worked for over ten years for local NBC and ABC TV stations and also worked national networks Court TV and MSNBC before joining Fox News Channel in November 2002.

Gregg Jarrett was born on April 7, 1955. He is the famous American news commentator born in Los Angeles, California, the United States. His nationality is American. He belongs to Mixed ethnicity. His zodiac sign is Aries.

He has a sister who is a teacher. The details about his parents are still unknown to the media. He attended San Marino High School and later moved to the University of California and Hastings College of the Law for his higher studies after high school graduation.

He currently resides in New York City, the United States with his wife and daughters.

Gregg Jarrett has an estimated net worth of $2 Million and earns a handsome salary from his profession.