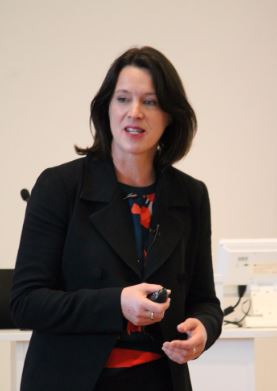 She is a veteran consultant obstetrician and gynecologist.

Catherine was the eldest child of her parents born on 26 December 1968 in Belfast, Northern Ireland. She is a Scottish Citizen with sun sign Capricorn.

Catherine was born to her father, James Calderwood (an orthopedic surgeon) and mother, Lesley Calderwood (a psychiatrist). She was raised with her younger sister in Belfast.

She attended her high school at Methodist College, Belfast and later moved to Newnham College where she graduated BA in 1990. After completing her high school, she joined the University of Glasgow to take a medical degree and graduated in 1993.

She currently resides in Edinburgh, Scotland with her husband and their children. 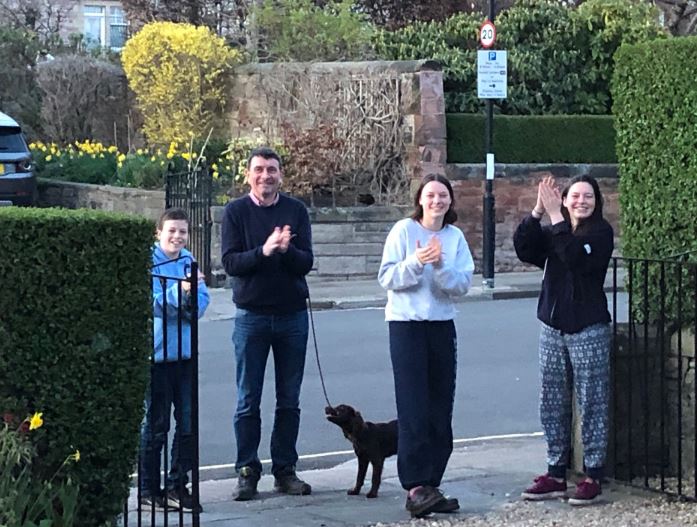 (Catherine with her family. | Source: Twitter.com)

Catherine is a married woman. She was married to a former army officer(Angus Loudon) and senior executive at a charity "dedicated to saving life". They were married at St Giles Cathedral in September 2019. Despite her busy profession, Catherine manages her time with her husband and children. So, she seems to be a happy wife and a caring mother.

After getting a medical degree, she started her career working in hospital clinical medicine. Then from 2001, she attended an obstetrics and gynecology training in South East Scotland.

Furthermore, she undertook specialist clinical training at St Thomas’ Hospital, London between 2003 and 2004. In 2006, she was appointed as a Consultant Obstetrician and Gynecologist with an interest in obstetric medicine in NHS Lothian.