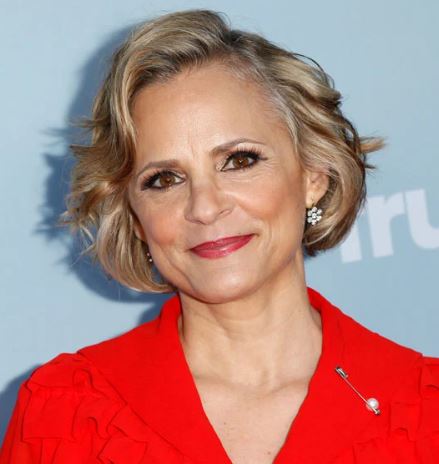 Amy also appeared in the Netflix animated comedy series BoJack Horseman as Princess Carolyn (2014–2020), in the Adult Swim comedy series The Heart, She Holler as Hurshe Heartshe (2013–2014),  and also in the Netflix sitcom Unbreakable Kimmy Schmidt as Mimi Kanasis (2015–2020).

Amy Sedaris was born on March 29, 1961, in Endicott, New York, and her birth name is Amy Louise Sedaris. She is currently 61 years old.

Sedaris was born to her mother, Sharon Elizabeth (née Leonard), and her father, Louis Harry "Lou" Sedaris. She grew up spending her childhood in Raleigh, North Carolina. She has five siblings: David, Lisa, Tiffany, Gretchen, and Paul.

Her father, Louis Harry Sedaris is of Greek descent whereas her mother Sharon was Anglo-American. According to Wikipedia, the Sedaris family was Greek Orthodox.

Now a popular actress worked at the local Winn-Dixie supermarket as her first job, where she made fake announcements over the loudspeaker during her teenage. Also, later she worked at Zanies Comedy Club in Chicago as a waitress.

Her brother David Sedaris wrote the book "Me Talk Pretty One Day", where David noted that Amy would often assume characters to play pranks on her family.

As of April 2022, Amy Sedaris is unmarried and single. In several past interviews, Amy has stated that she has never desired to marry or have children.

Talking about her past relationship, Amy dated Paul Dinello, an actor/writer. She was in a relationship with Paul for about eight years. They met when both of them were working at Second City, the comedy troupe in Chicago. Later, they decided to split and had an amicable breakup. They remain close friends even after their breakup. Now, Sedaris is the godmother to Paul's two kids. 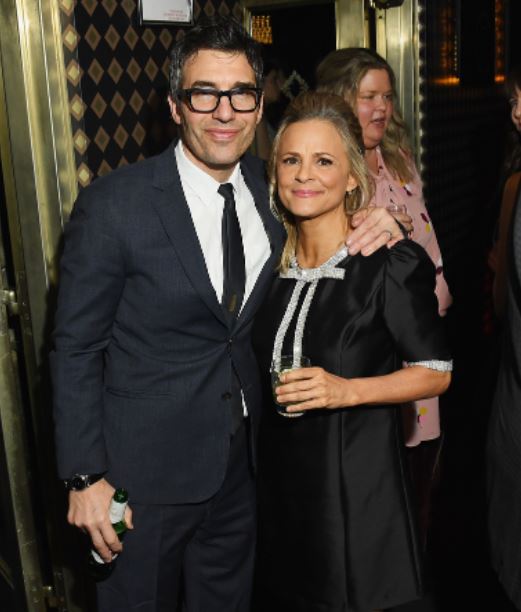 Currently, she lives with her pet rabbit called Dusty and she owns a small busines of cupcakes and cheese balls which she named ‘Dusty’.

Sedaris has collected good wealth through her journey from working at a supermarket to being a popular actress. She also worked at various places during her career.

She has an estimated net worth of around $12 Million and earns a good amount of money from movies and tv shows. She also runs the TV show At Home With Amy Sedaris on HBO Max.

She has light brown hair and brown eyes.