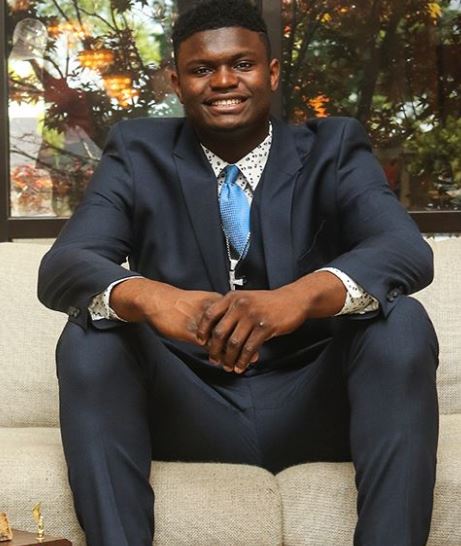 And later in 2019, Williamson was picked 1st  overall by the New Orleans Pelicans in the 2019 NBA Draft and he plays the power forward and small forward positions.

Zion Williamson was born on July 6, 2000, in Salisbury, North Carolina, United States to his parents Lateef Williamson and Sharonda Sampson. His parents, who were both from athletic background got divorced when he was just 5 years old. He has always been close to his parents and also to his step-father Lee Anderson, a former college basketball player. He has a half-brother Noah Anderson, a rugby player from his mother’s side.

He attended Spartanburg Day School and later joined Johnakin Middle School where he was coached by his mother. After the completion of high school, Williamson went to Duke University for a year to forward his basketball career.