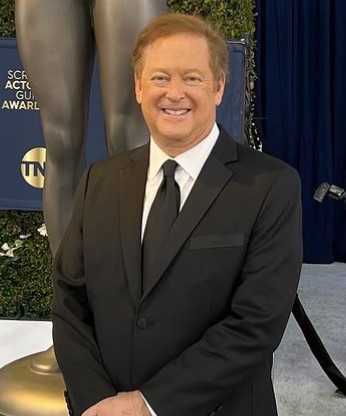 Sam Rubin is an amazingly talented American journalist who is currently serving as the entertainment reporter for the KTLA Morning News and as a correspondent for Reelz production Hollywood Dailies. He is an American author and entertainment anchor for KTLA since 1991. He hosts Live From the Academy Awards and the celebrity talk show Hollywood Uncensored with Sam Rubin. For more than 20 years, Rubin has covered the entertainment industry and spoken with a number of A-list celebrities, including Tom Hanks, Mel Gibson, Jeff Bridges, Halle Berry, Samuel L. Jackson, and Larry King.

Sam is a multiple-award-winning entertainment journalist born on February 16, 1960, in San Diego, California, U.S. As a member of the KTLA news team's morning show, Rubin has been honored with a Golden Mike award for outstanding entertainment reporter and an Associated Press Television and Radio award. Furthermore, he has been awarded a lifetime achievement award from the Southern California Broadcasters Association; and has been named best entertainment reporter by the Los Angeles Press Club.
He currently resides in Los Angeles with his wife and four kids. In 1982, Rubin received a Bachelor of Arts in American Studies and Rhetoric from Occidental College.

Sam Rubin began his career as an entertainment reporter on KTLA 5 news in September 1991. Sam formerly worked as an entertainment correspondent for ITV News prior to joining KTLA News. He frequently makes appearances on BBC radio and television in the UK, and he regularly contributes to Triple M radio and Channel 9 television in Australia. Moreover, Rubin is also a regular Hollywood Entertainment reporter in the UK on ITV's This Morning.
Additionally, he is the proprietor of SRE, Inc., a television production company that has created more than 200 hours of broadcast and cable content, including multiple "Live From" red carpet broadcasts and 120 episodes of the talk show "Hollywood Uncensored."

Sam Rubin was born to his mother, a native of Germany. In addition, his maternal grandmother went to America before the Second World War began. However, because of his private personality, he hasn't revealed much about his family, including who his parents are and whether he has any siblings.

Rubin is married to Leslie Gale Shuman, a movie studio lawyer, and social worker. The couple exchanged wedding vows in 2007 in a secretive Catholic wedding Ceremony in the presence of their close friends and family. The Rubin family, who reside in Brentwood, was blessed with the births of a son in 2009 and a daughter in 2008. He previously wed Julie Anderson on January 9, 1988. After 18 years of marriage, the couple filed for divorce in 2006. They have two daughters named Perry Rubin and Rory Rubin as their joint offspring.

Sam Rubin's Net Worth and Income

Sam's estimated net worth ranges from $1 million to $5 million including his assets, money, and income. His job as a journalist is his main source of income. The annual salary range for KTLA entertainment reporters is $33,774 to $112,519. Nevertheless, depending on the employee's degree of seniority, these numbers may differ significantly. We do not currently know Rubin's exact income or net worth, but we’ll keep tabs and update once it is available.

Sam Rubin stands at a decent height of 5 Feet and 8 Inches with Light Brown hair and Brown eyes.