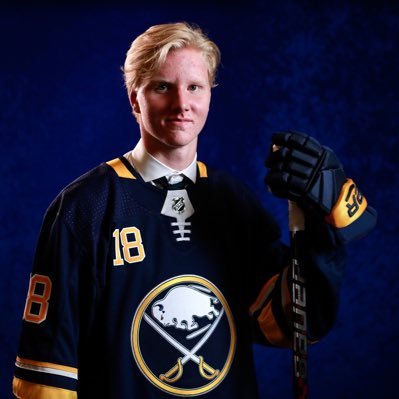 Rasmus Dahlin is a professional Swedish ice hockey player. He is a defenceman for the Buffalo Sabres of the National Hockey League (NHL).

Dahlin was born on April 13, 2000, in Trollhättan, Sweden. He was born to his parents Martin Dahlin and Asa. He has two siblings: Felix Dahlin (brother) and Ella Dahlin (Sister).

Rasmus is an educated man but we don’t have any information about his educational background. During his childhood, he was not only good at hockey, but also at soccer. He is a Swedish citizen and according to his birthdate, his zodiac sign is Aries. 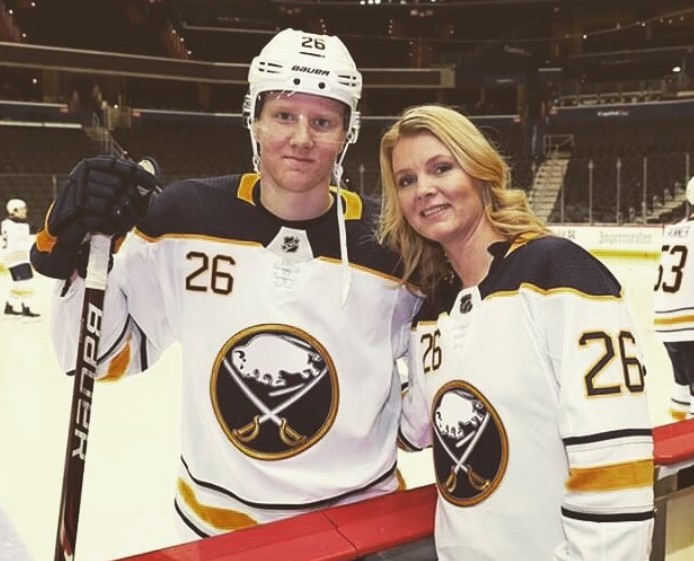 He started his career in 2016 and scored his first goal in Swedish Hockey League with Frolunda HC against Karlskrona HK. On June 22, 2018, he was drafted overall first by Buffalo Sabres in the draft. He was also the first Swedish player to be drafted first overall. He signed his three years, entry-level contract with Buffalo Sabres on July 9 and made his NHL debut (2018-2019 season) on October 4 in a 4-0 loss to the Boston Bruins.

He scored his first NHL career goal on October 13, in a 3-0 win over Arizona Coyotes. After a win over Detroit Red Wings, he became the fifth defencemen in the NHL history to record 30 points before the age of 19.

Dahlin made his international debut at the age of 16. He was the youngest player ever to play for Sweden at the IIHF World U20 Championship, and also the youngest player overall in the 2017 World Junior Ice Hockey Championships. In the 2018 World Junior Ice Hockey Championships, he recorded six assists and helped Sweden to win Silver. In that tournament, he has named the tournament’s top defencemen after scoring the second-most points amongst tournament defencemen.

He represented the Swedish senior team at the 2018 winter Olympics, becoming the youngest player to participate in that tournament.

Talking about his net worth, he has an estimated net worth of around $1.2 Million. His salary is currently not known to us.

Personal Life: Is Rasmus Dahlin in a Relationship?

No, Rasmus isn’t dating anyone. He is single and focusing on his career. He is young and a talented man and currently not in a mood to date anyone or let’s say he hasn’t found his soulmate yet.