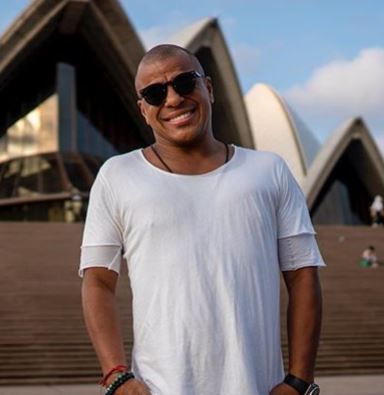 He was best recognized for producing the 1993 hit "I Like to Move It" under the pseudonym Reel 2 Real.

Erick Morillo was born on March 26, 1971, in New York City, New York, United States. He grew up in Cartagena, Colombia, and moved to the United States with his mother, Elisa Morillo & sister, Sheila Morillo at the age of 11.

He was found dead on September 1, 2020, at his home in Miami Beach, Florida, United States. The reason behind his mysterious demise his still unknown.

Erick Morillo and his wife, Yasmin Sait-Armstrong Morillo exchanged their wedding vows on May 15, 2012, at the Vizcaya Museum and Gardens in Miami, Florida, United States.

Yasmin Sait-Armstrong Morillo is a British model who works at Vivien’s Model Management who stands at a tall height of 5 feet 10 inches (1.78 meters) & weighs around 52 kg (115 lbs).

“Today is the big day! I have met the woman of my dreams and I get to marry her. Looking forward to a lifetime together my love, Yasmin Sait-Armstrong.”

Moreover, Erick & Yasmin always preferred to live their lives away from the public media keeping everything secret.

Erick Morillo had gathered a total net worth of $9 million before his death on September 1, 2020.